Graduated from the CEMS MIM programme in 1995, Member of the Executive Committee at the World Economic Forum in New York.
Class of 1995
WU (Vienna University of Economics and Business)

The CEMS Alumni Association has a presence that spans the globe, including a very active Local Committee (LC) based in New York City.

LC USA recently interviewed Giancarlo Bruno who currently serves as Member of the Executive Committee at the World Economic Forum in New York. He graduated in 1995 from the Wirtschaftsuniversität Wien with the CEMS Master’s degree in International Management.

1. What motivated you to join CEMS?

I had finished my economics and management degree at Bocconi the year before and I was fulfilling my Italian military service duty working at the Air Force flight center in Ciampino airport. One day I met, while he was waiting for his flight, a Minister of the Republic who was at the time also a Bocconi professor. Upon learning I was a Bocconi graduate, he told me I absolutely had to enroll in this new European degree called CEMS and that scholarships were available to study in a German speaking country. I was ready to push the envelope and leave my Italian “bubble”; thus a few months later I was a CEMS student in Austria at WU. It was September 1994.

2. What were your career steps after CEMS?

I got my CEMS internship while in Vienna. I wanted to work for the UN there but there was no structured internship program at the time, and while the CEMS career office was already very good at providing students with opportunities in the private sector, international organizations like the UN were not a focus. I was a CEMS student, after all, so I thought outside the box and just showed up at the Italian Embassy in Vienna. The policeman who opened the door after several knocks happened to be from the same town in Southern Italy my family had moved from and let me meet with a member of the Embassy staff. Through a series of introductions, I ended up getting an offer to work at UN, but the position came with no pay. Luckily the Bocconi Javotte Institute was able to step in and provide a scholarship to support my CEMS internship.

After that I entered the private sector and spent several years in banking in Vienna, London, Luxembourg, and Geneva with international banking groups, focusing on various domains including corporate finance and wealth management. I joined the World Economic Forum in 2003, and the organization has grown from 140 to 700 people during my tenure. Today, I head the Financial Institutions group overseeing the Banking, Insurance, Asset Management, Institutional Investors and Private Investors sectors, and I am a Member of the Executive Committee.

3. How do you think CEMS has benefited you in your personal/professional life?

I have benefited from CEMS in both my personal and professional life. CEMS helped me grow out of the Milanese life I had been in before heading to WU. I had to learn German from scratch as all CEMS courses except one were in the local language, and that was a huge challenge that really tested me.

Thankfully we had a lot of team projects and through the solidarity of local students, I was able to learn the language. CEMS helped me develop international leadership skills and enabled me to, like Dante says in the Divine Comedy, “know the taste of others’ bread, how salty it is.” I learned how other countries’ economic, political and historical contexts were different from the one I came from; CEMS was my first step in the international world that has led me to my leadership role today at the World Economic Forum.

My time as a CEMS student forced me to learn about myself and the challenges of living abroad made me grow personally and later professionally. This value came from the overall CEMS experience, not simply the academic part, although the courses were indeed quite innovative for the time: we even had a course on the “Applications of the Internet” and this was in 1995! CEMS has been a very high personal ROI investment for me.

4. What advice would you give to CEMS alumni who are considering joining an international organization?

My recommendation would be to first go into the private sector and develop strong “hard” skills like finance, macro economics, micro economics, and make the switch to an international organization mid-career. This way you can bring to an organization skills that they won’t necessarily be able to get from people who went through the ranks starting in junior programs.

From an academic perspective, I would recommend integrating your CEMS studies with a degree in international relations, which you can achieve before or after making the career change. International organizations are very competitive to get into and having hard skills and provable competencies are something extremely valuable.

5. What is one the accomplishments you are most proud of?

In 2010 I was awarded the Global Master of Arts from the Fletcher School of Law and Diplomacy, the oldest school in the United States dedicated solely to graduate studies in international affairs. My thesis on the political and legal aspects of the European enlargement process, a comparative analysis of the case of Poland and Turkey, was advised by former Italian Prime Minister and President of the European Commission Prof. Romano Prodi.

I did not know Romano before enrolling in the Master, but I was able to convince him to be my thesis advisor by approaching him with a strong value proposition. As I was able to do with him, I think it is key to know how to sell yourself and build a network, and whenever you need to ask for help from someone more senior than you, be as specific as possible and make sure that what you are asking them is relevant.

"I believe that my CEMS MIM degree played a significant role in the job preparation. It shaped my mindset and understanding of a global world which needs international collaboration more than ever before."

"The CEMS network helps me be in contact with academia, alumni and especially students, many of which became my colleagues."

Petr Smid
Class of 2005, Prague University of Economics and Business

"I was part of one of the first cohorts of CEMS. It was the “young” version of the current program, with fewer member schools, but still with the same DNA: leading edge, international, multicultural, close to the corporate world. I’m very proud to see how the program has evolved today." 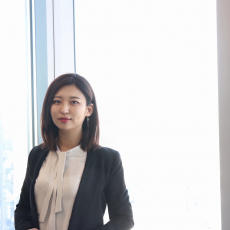 "The CEMS experience broadened my horizons. Collaborating, socializing and debating with fellow students from different backgrounds, changed my way of thinking"